There is no place quite like Bryce Canyon. It’s bright orange amphitheater basin filled with  odd-shaped rock formations and stalactite or stalagmite looking Hoodoo towers (can never remember which one is from the ground up) are incomparable . But again, pictures do it no justice.

Southern Utah has many natural wonders. Zion, Arches, the Grand Canyon, and Bryce Canyon; to name a few. Small in comparison to it’s sister-wonders, but Bryce is still BIG, over 35,000 acres big. The main attractions here are the hoodoos. What is a hoodoo, you ask.  Well, it sounds like the name of some bug-eyed creature from the Labyrinth movie,  but it is the name for the pinnacle shaped rock formation left behind from erosion that fill the basin at Bryce Canyon’s amphitheater. They really are something to marvel. Some stand over 200 feet tall, no two look-alike, and if you stare at them long enough they start to resemble tall skinny people. Or maybe that’s just me. But as far as legends go, early Native Americans in the area believed that these hoodoos where people that had been turned stone.. so maybe it’s not just me.

We arrived in Bryce Canyon around noon after driving from Zion National Park (post here) about two hours away. Bryce is very easy to explore. From the park entrance, and main road, one could easily drive to each of the lookout points and see all the sights with only walking a few steps and in a few hours. On that note, from each of the lookout points there are also hiking trail entrances to explore deeper into the amphitheater basin. Which we did.

Our first stop was Sunset Point. From here we hiked the Rim Trail and made lots and lots of stops for pictures with the hoodoos. There are plenty of places to stand right up on the edge. Yikes. From Sunset Point we hiked down The Navajo Loop Trail, up through the Queens Garden, and back up to Sunrise Point. On the decent of the Navajo Loop Trail there are a series of switchbacks that lead to Bryce Canyon’s own “Wall Street”. Here at the floor of the amphitheater, we were able to get up-close-and-personal with the hoodoos and the canyon walls that towered over us, hence the name. On our way back up, we saw Thor’s Hammer, the Queen in her garden and many hoodoos. Back at the top we drove to Inspiration point. What a view.  On this short drive we saw a little family of deer eating grass right on the side of the road. I loved that.

Later that night, after a shower and some dinner, we made our way back to the park for stargazing. We stopped at Bryce Point. It is really high in elevation and so quiet outside that our ears were ringing. I have never in my life seen so many stars! This was the ultimate place to stargaze. No pollution, far from civilization, and so dark that we were able to see the Milky Way and thousands of stars with our naked eyes.  Of course, no iPhone is capable of capturing this view.

A borrowed photo, but this is exactly what we saw.  WITH OUR EYES. 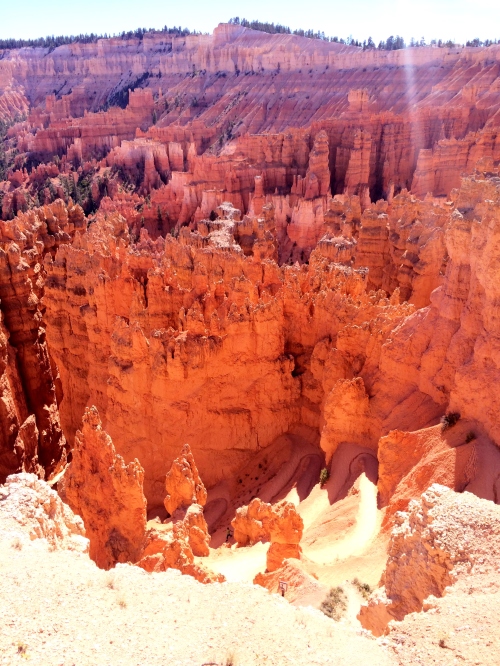 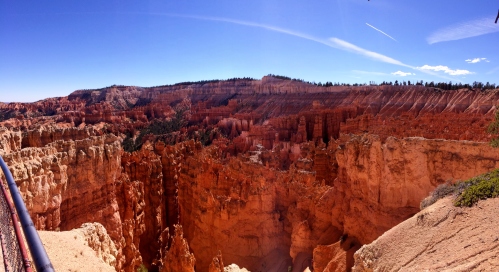 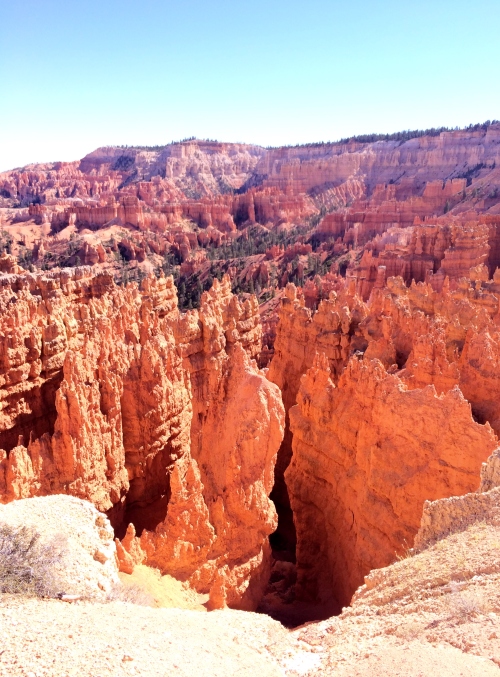 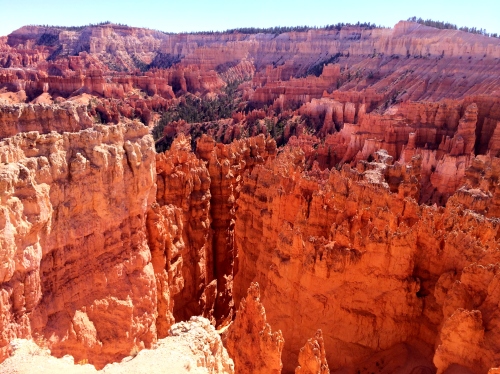 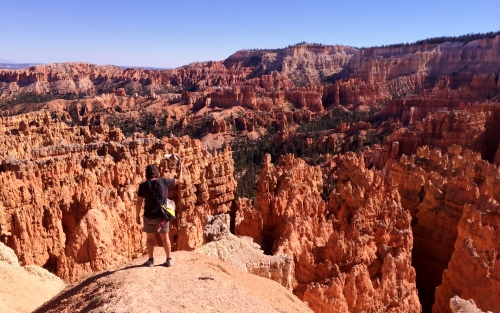 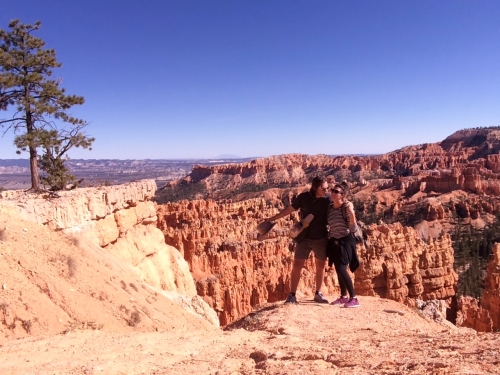 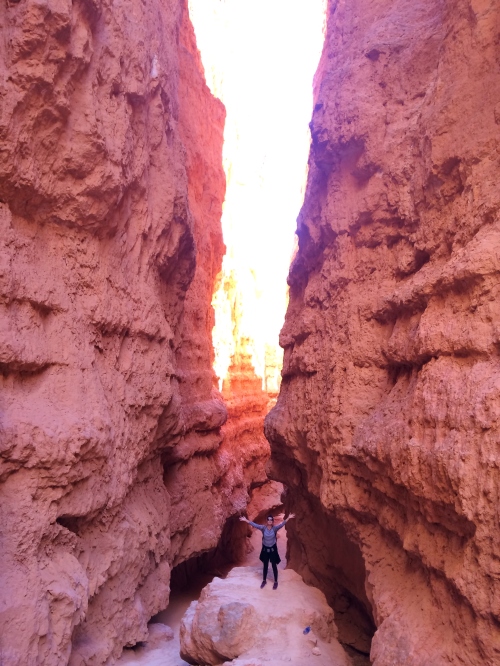 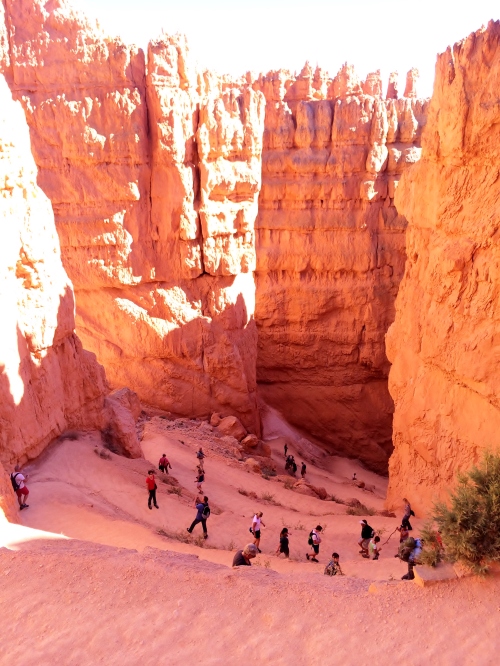 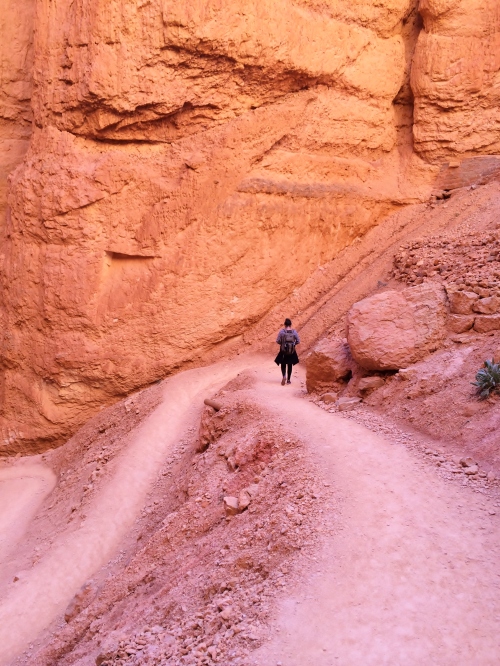 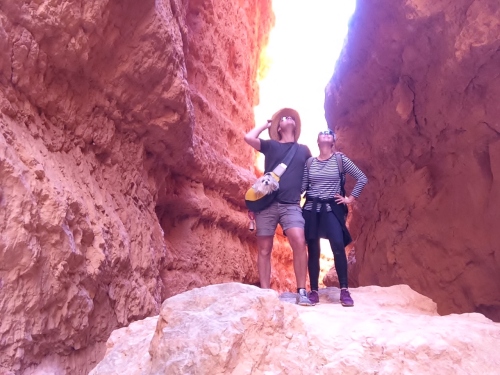 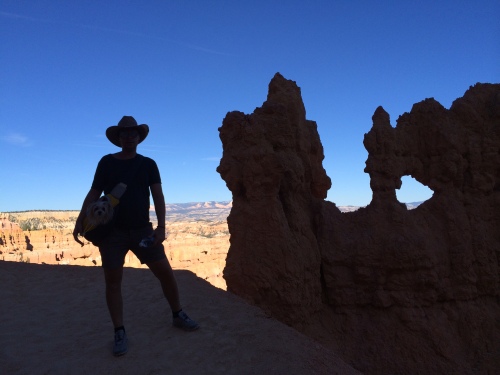 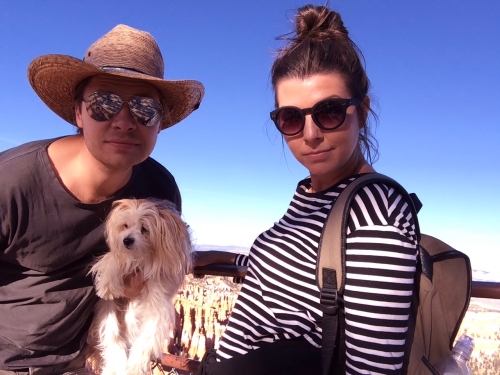